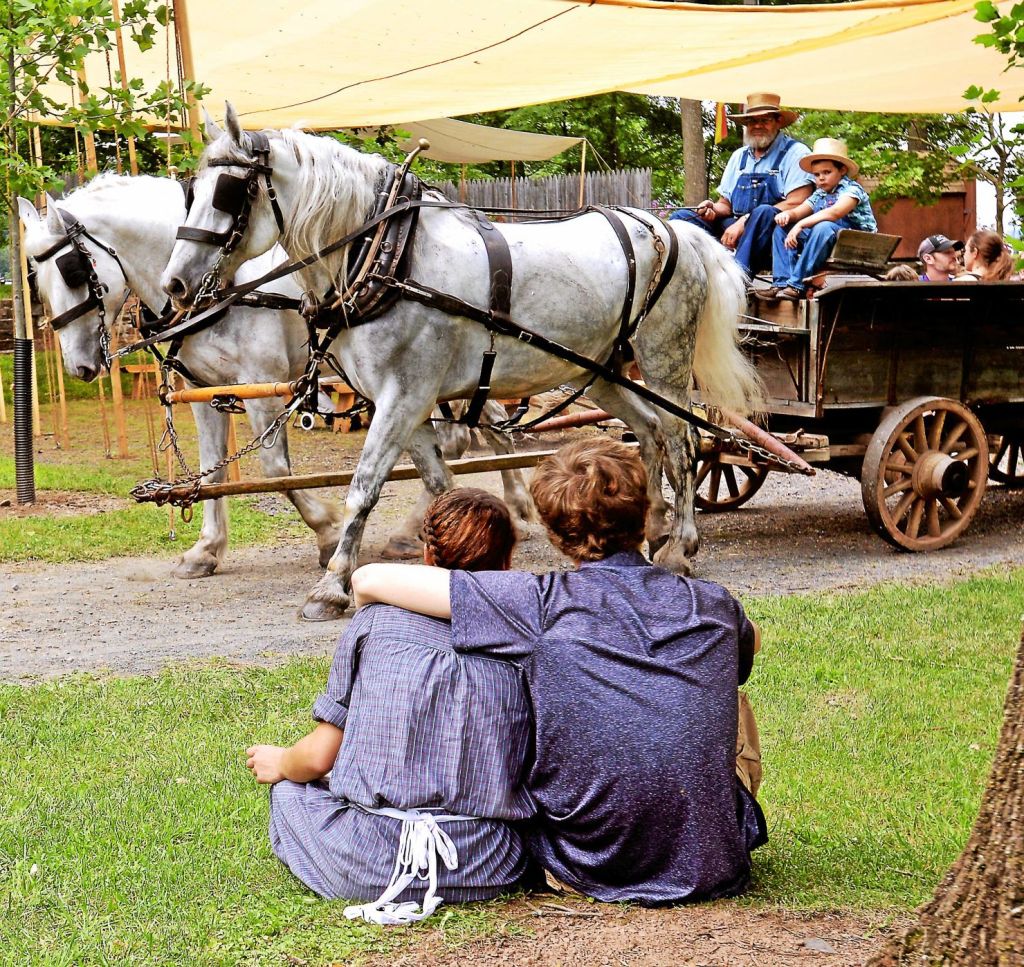 The following events are planned for the coming week across the region:

• The 54th edition of the Goschenhoppen Folk Fest will take place Friday from noon to 8 p.m. and Saturday from 10 a.m. to 6 p.m. at Henry Antes Plantation, Perkiomenville. The festival showcases the everyday life of Pennsylvania Germans in the 18th and 19th centuries. Over 500 volunteers dressed in period clothing use authentic tools to recreate traditional skills, trades, hobbies, foods and folk music. This year’s theme highlights maize, a staple crop in the Goschenhoppen region in the 18th and 19th centuries. Tickets are $12 for ages 16 and up and $3 for ages 6 to 15. Two-day passes are $18. For more information, see goschenhoppen.org.

• Former “Saturday Night Live” star Jon Lovitz performs his stand-up comedy act at the Colonial Theater in Phoenixville on Saturday at 8 p.m. His distinctive voice has resulted in voice-over work for various animated series, including numerous episodes of “The Simpsons.” Lovitz has also had numerous starring roles and cameos on various television shows, including the NBC sitcom “NewsRadio,” “Friends,” and “The New Celebrity Apprentice.” His notable films include “Jumpin’ Jack Flash”, “Big” “and A League of Their Own”. Opening will be Chris Coccia. Tickets start at $34.50 at thecolonialtheatre.com.

• The West Reading Tavern’s sixth annual French Fry Fest will take place Saturday from 11 a.m. to 6 p.m. on Sixth Avenue in West Reading, between Penn Avenue and Franklin Street. Thirteen of the borough’s restaurants will offer creative versions of fries on a pay-as-you-go basis.

• Santander Performing Arts Centre, Reading, presents a double dose of blues on Fridays at 7.30pm, featuring Buddy Guy with special guest Christone ‘Kingfish’ Ingram. Guy is a Rock and Roll Hall of Fame inductee whom Rolling Stone ranked 23rd in its “100 Greatest Guitarists of All Time.” Ingram is a rising sensation whose 2019 debut album, “Kingfish,” was nominated for a Grammy. Tickets start at $54.50 at santander-arena.com.

• K-pop girl group Loona perform their world tour at Santander Arena, Reading on Monday at 7pm. The 12-member group made a strong impression on international fans with their third mini album, “Midnight (12:00)” charting on the Billboard 200, with their previous mini album, “#”, topping the charts. iTunes in 56 countries around the world. Tickets start at $58 at santander-arena.com.

• Media Theater presents “The 25th Annual Putnam County Spelling Bee” beginning Thursday through August 21. Six mid-pubescent teens battle it out for the spelling championship of their lives in this Tony-winning musical for best book by a musical. Sessions are 7:00 p.m. Thursday through Saturday and 3:00 p.m. Sunday. For tickets and more information, see mediatheatre.com.

• The Upper Merion Township Concert Series Under the Stars features Dave Hause and the Mermaid with Jamie and the Heart Kept Sunday at 6:00 pm at the Upper Merion Township Building Park. With a career spanning two decades and five solo albums, Philadelphia-raised punk troubadour Hause carries on the voice and tradition of classic American songwriters by addressing the topics of hope, depression, global warming, a crumbling democracy and ageing. Tickets are $17 for ages 13 and up at umtownship.org.

The Turkey e-Visa program makes it easy for people from the Maldives, Oman and many other countries to visit Turkey

The best 2022 alcoholic advent calendars to buy in Australia