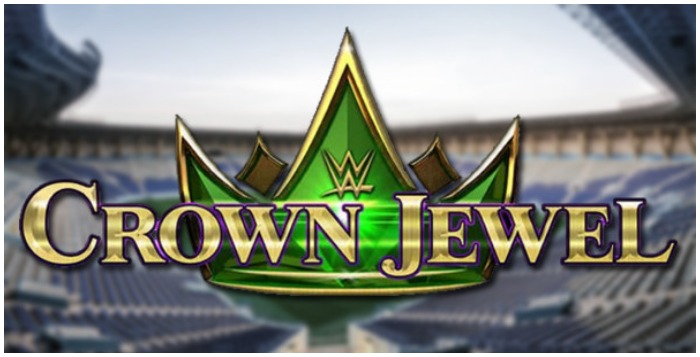 Prepare your passports. WWE features a bunch of major events every year, some of which are held in pretty big locations. Some of these involve WWE moving out of the United States to make things more international and WWE has leaned more in that direction in recent years. This will be the case again later this year as WWE heads overseas once again.

This week on Monday Night Raw, WWE announced that they will be returning to Saudi Arabia for their final show in the kingdom, as Crown Jewel takes place on November 5. The event will be WWE’s first in the country since February’s Elimination Chamber and the fourth Crown Jewel event. There have been no matches or names announced for the show so far.

Opinion: These shows are going to be the norm for a long time to come and this is the last edition. Shows in Saudi Arabia are hit or miss at best most of the time and it could very well be the case again. You never know what you might see from them and hopefully they have better luck this time around. At least it’s far away, so we won’t have to worry about that for now, but the show is definitely going to be a big deal.

What do you think of the show? What do you want on the card? Let us know in the comments below.

Thomas Hall has been a wrestling fan for over thirty years and has seen over 60,000 wrestling matches. He has also been a wrestling critic since 2009 with over 6,000 full shows covered. You can find his work at kbwrestlingreviews.comor consult his Amazon author page with 30 pounds of wrestling.

Keep up to date with the LATEST WRESTLING RUMORS! Click here to sign up for Wrestling Rumors’ exclusive daily newsletter, delivered straight to your inbox.