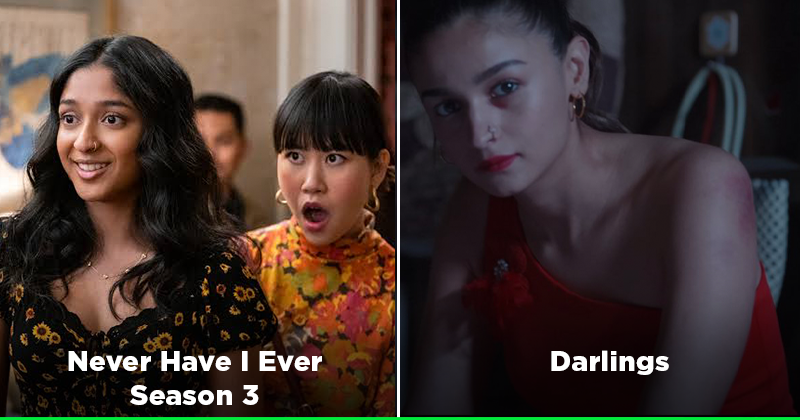 Mark your calendars! Your August will be more entertaining with these 14 web series and movies

July has been filled with entertaining web series, from Season 2 of Masaba Masaba to Season 4 of Stranger Things: Volume 2. August is looking to be even bigger and better with Phases 4 and 5 of Marvel, She-Hulk and I’m Groot, which were slated for OTT. With Delhi Crime by Shefali Shah and Darlings by Alia Bhatt. You would also be spoiled for Sima Taparia’s matchmaking experience. With such a long weekend in the second week of August, if you can’t travel anywhere, you can at least teleport along with the shows.

To make it easier for you, we’ve put together a list of upcoming web series and movies for the month of August. Just mark your calendars and get online.

Here is the list of upcoming web series/movies for August 2022:

Based on former Chief Minister Bheema Bharti’s release from prison, Maharani’s story revolves around him. He organizes political rallies, travels from place to place and conveniently blames the current situation on his wife. He attempts to defame the leader while preparing to fight her with any means necessary.

It chronicles the lives of two women as they discover bravery and love in the face of extreme odds. Alia Bhatt’s character, Badru, thinks that if her unstable husband, Vijay Varma, stops drinking, he will change. Badru plots retaliation against her husband with the help of her mother (Shefali Shah).

The dimensions of friendship, love, peer pressure and competition are central to the plot. The show will provide an in-depth look at the lives of students as well as the pleasures and difficulties they experience as they grow up while fending off family and peer pressure in a highly competitive environment.

Gopichand plays Lucky, the son of retired judge Suryanarayana, played by Sathyaraj, in this Telugu language legal action comedy. Lucky is a brilliant lawyer who will argue with anyone for money.

When we close our eyes to sleep, we all have a different world waiting for us and we call it Dreaming. Plus, it’s a place where The Sandman, Master of Dreams manifests all of our darkest fears and aspirations.

This animated series centers around the famous Marvel Comics character, Groot. The MCU characters appear in the television series produced by Marvel Studios.

In order to save his country, a special forces para commando must seek the answers to the questions that have haunted him throughout his life.

Sima is once again doing what she does best: matching singles with their soul mates. Mumbai’s top matchmaker Sima Taparia strives to help singles find their perfect match through her decades of experience and using her conventional methods.

The protagonist of Never Have I Ever is Devi Vishwakumar, a fictional teenage version of co-creator Mindy. As the Never Have I Ever Season 3 trailer makes it clear that the upcoming show will deepen Devi and Paxton’s relationship.

The show is based on Marvel Comics’ She-Hulk. Jennifer Walters plays She-Hulk, a single woman in her thirties who transforms into a green superhero.

Vartika Chaturvedi, a police officer played by Shefali Shah, and her team are at the heart of season 2 of Delhi Crime as they solve complex cases. The upcoming season, like the first, is inspired by real events. According to reports, the second season is based on the Nithari serial murders, which happened at the home of tycoon Moninder Singh Pandher in Sector 31, Noida.

After their son was deemed healthy after a long illness, the couple in the story seem to be leading an ideal life.
Release date: August 26, 2022

Cassian Andor’s difficult missions for the cause and the tale of his early years as a rebel spy.

The best makeup advent calendars of 2022