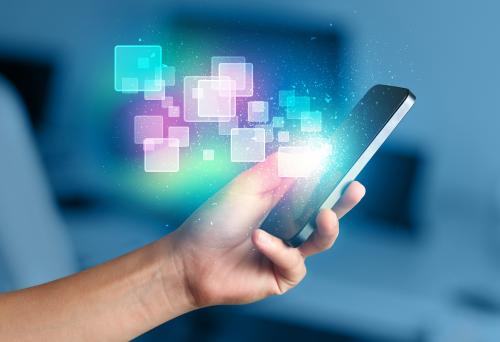 On April 27, 2022, the Office of Inspector General (OIG) of the Department of Health and Human Services released Advisory Opinion No. 22-08 (AO 22-08), which discusses an existing arrangement of a Federally Licensed Health Center (FQHC) (hereafter, the Applicant) that lends limited-use smartphones to allow existing patients to access the Applicant’s telehealth platform (the Arrangement). The aim of the arrangement is described as improving access to telehealth services and tackling isolation by allowing patients to talk and text with others, including during the public health emergency (PHE) COVID-19.

The applicant is an FQHC that primarily serves low-income patients, including federal health care program recipients. In addition to in-person services, the Applicant offers telehealth services via a smartphone app. To provide existing patients without smartphones the ability to receive telehealth services, Applicant has loaned approximately 3,000 limited-use smartphones capable of running Applicant’s telehealth application on a first-come, first-served basis. Patients can only use smartphones to make and receive phone calls, send and receive text messages, use the applicant’s telehealth application, and view their medical records. Plaintiff purchased these smartphones with funds from the Federal Communications Commission’s (FCC) COVID-19 Telehealth Program and a charity in Plaintiff’s community.

The applicant considered existing patients to be those to whom it had provided at least one service in the previous 24 months. The requester made it clear to OIG that they would not lend these phones to new patients and would not purchase more smartphones for this program. The existing patient is allowed to keep the smartphone if the applicant has provided at least one service to the patient in the previous 24 months. After the patient has finished receiving services, the caller asks the patient to return the phone.

The OIG noted that the arrangement would involve both the Federal Anti-Kribery Act (AKS) and the Civil Monetary Penalties Act (CMPL), as free smartphones and chargers could entice patients to receive items and services of the Applicant that are reimbursable by a federal health care program and are likely to influence patients to choose the Applicant as their supplier.

The OIG determined that, during the PHE, the arrangement would satisfy the CMPL’s promotion of access to care exception, which applies to items or services that enhance a recipient’s ability to obtain items and services payable by Medicare or Medicaid. The OIG concluded that free smartphones would remove socioeconomic barriers to accessing telehealth services reimbursable by Medicare or Medicaid. In addition, the arrangement poses a low risk of harm, as it is unlikely to interfere with clinical decision-making, poses a low risk of overuse or inappropriate use, and poses no patient safety concerns. or quality of care.

It should be noted that the OIG has stated that this exception only applies to provisions that enhance a beneficiary’s ability to obtain items and services payable by Medicare or Medicaid, and that the OIG does not know whether the applicant’s services provided by telehealth will be covered by Medicare or Medicaid. after the PHE, in which case the arrangement would not satisfy the exception for access to care. Nevertheless, the OIG determined that, even if the arrangement did not meet the exception after the PHE ended, the OIG would not impose administrative penalties under the CMPL Recipient Incentives.

Although the arrangement does not satisfy an AKS safe harbor, the OIG applied a similar analysis to determine that the arrangement poses only minimal risk of fraud and abuse under the AKS. In addition to the safeguards discussed above, the OIG noted that the plaintiff had obtained funding for the arrangement from the FCC and a local charity, two entities with no financial interest in patients receiving applicant’s services.

This is not the first time the OIG has issued a favorable opinion on a smartphone loan program. In February 2019, Mint blogged on Advisory Opinion No. 19-02 (AO 19-02), in which the OIG approved an arrangement proposed by a pharmaceutical manufacturer to loan limited-use smartphones to financially needy patients who were taking a digital version of an antipsychotic drug. In order to use the drug effectively, the patient needed a smartphone capable of running an application that received the adherence data transmitted by the drug. A common factor in both advisory opinions is that the smartphones were “locked down” and patients could not use the smartphones to browse the internet or download other apps.

Healthcare entities interested in implementing similar arrangements should keep in mind that, as with all advisory opinions, these advisory opinions are limited to their facts and are binding only on the requesting parties. An experienced lawyer should be consulted for advice.