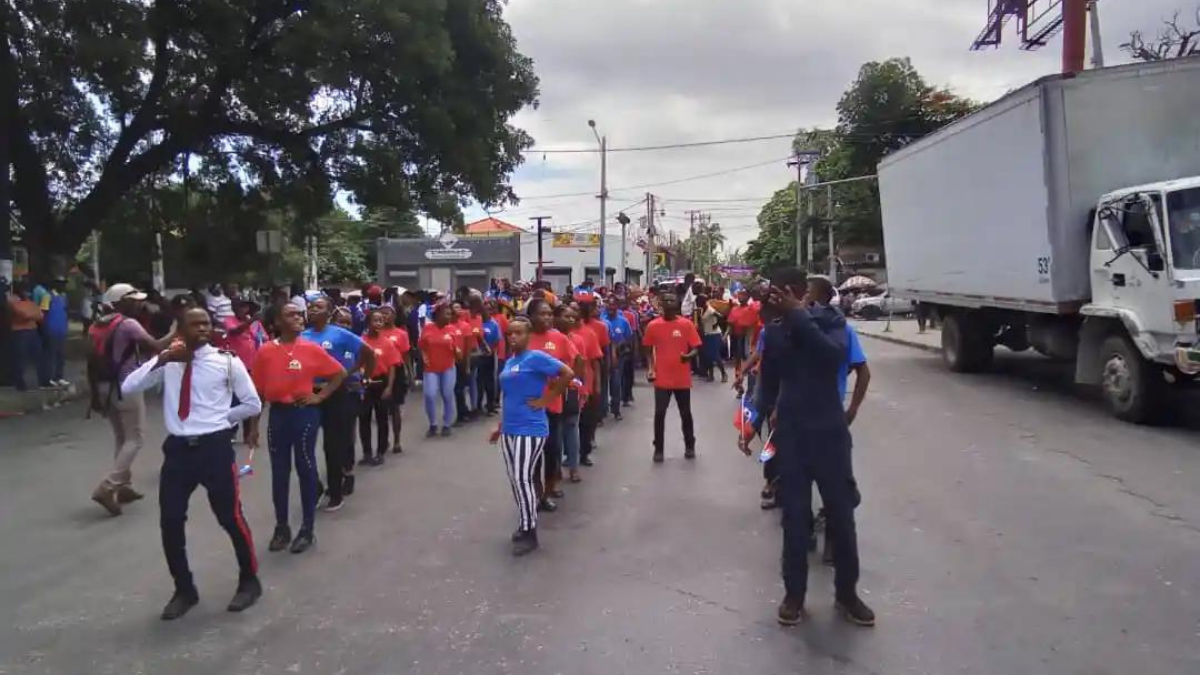 UNESCO will add Catherine Flon, revered seamstress of the Haitian flag, to the calendars 

PORT-AU-PRINCE — The birthday of Catherine Flon, the woman who sewed Haiti’s red and blue flag, will be added to UNESCO’s 2022 and 2023 calendars.

Sofia Loreus, Minister of the Ministry of Women’s Affairs and Women’s Rights (MCFDF), spoke to the Haitian Times about the international honor during a tribute to Flon to celebrate its 250th anniversary on May 17 and commemorate Flag Day. Haitian.

“On this day, we must have a special thought for Catherine Flon, who sewed our flag which symbolizes the emblem of our fight against slavery,” Loreus told the Haitian Times. “Thanks to the courage and hard work of Catherine Flon, the nation has its own identity which is its flag,” said Loreus.

Nine schoolgirls from the Lycée de Carrefour Feuilles were invited to the event and to participate in the parade. Dressed in red or blue T-shirts, they walked in steps reminiscent of those of the Indigenous Army, led by Haiti’s founding father, Jean-Jacques Dessalines.

The students arched with the minister and a marching band between Magny and Capois streets, shouting: “Catherine sewed our flag, let’s sew our country together”.

Loreus said she plans to advocate for memorials to women like Flon to be placed alongside the male heroes of Haiti’s independence movement, Loreus said.