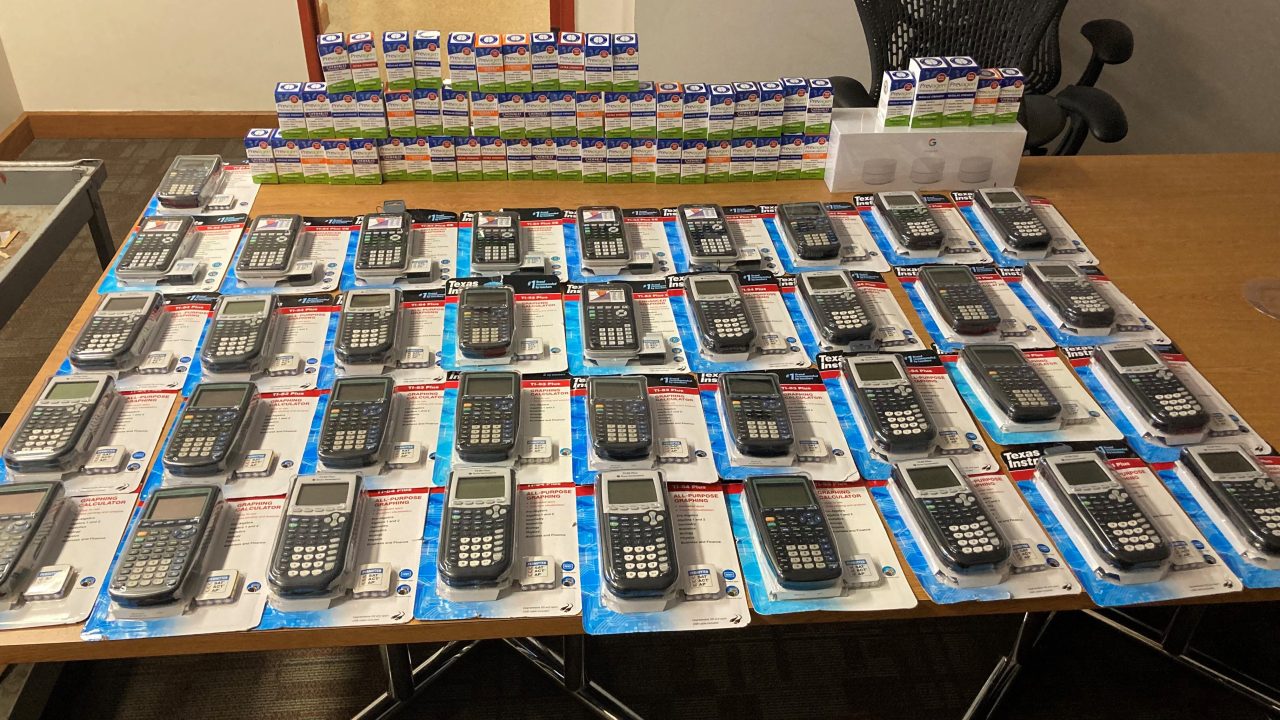 COLUMBUS, Ind. – A Tennessee man was arrested in Columbus on Saturday night after officers discovered thousands of dollars in stolen goods, including calculators and vitamins.

Officers were called to the Walmart located at 735 Whitfield Drive in Columbus at around 4:45 p.m. on a report of an alleged shoplifting incident. Officers met with store security and then confronted the suspect, Gregg Lestingi, 51, of Oak Ridge, Tennessee.

Police said Lestingi put several scientific calculators in a mailbox and then used the self-checkout lane to purchase only the mailbox.

Officers found the suspect’s vehicle in the parking lot and discovered other allegedly stolen goods inside. Several other calculators have been found, as well as over-the-counter medical supplements. Police believe Lestingi planned to sell the stolen items on the Internet.

The value of the recovered property is estimated to be approximately $ 8,500.

Lestingi was arrested on preliminary charges of theft and possession of a controlled substance.

Bring out the calculators and checkbooks: CA retains that penalties for meal / rest breaks include non-discretionary compensation | Hogan Lovells