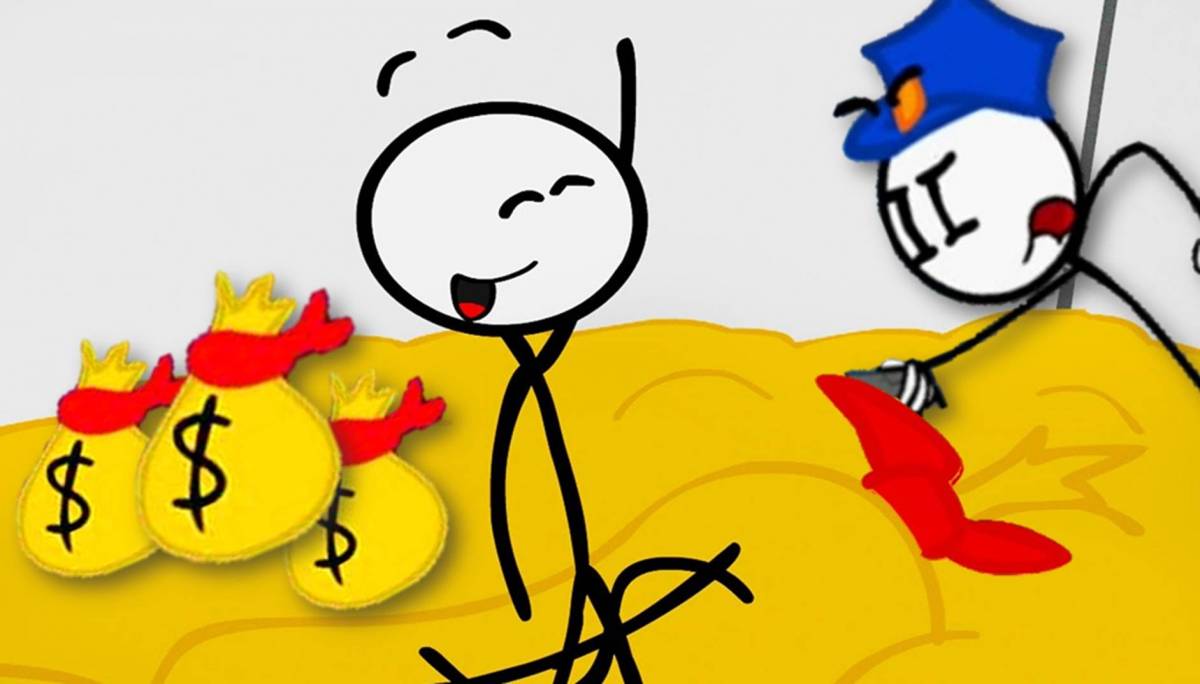 Flash games: Land of the Free

Over ninety billion dollars: the presumed value of the video game industry. Actually no, cross that out; that was the approximation made at the end of 2015, and with 2016 hosting Battlefield 1 and Uncharted 4 among others, that number has bound to explode. And yet, although the game is now entrenched in the mainstream, there are vicious divisions between the console peasants and the pompous losers of desktop, united only by the condescending attitude towards casual gamers.

But there is a fourth branch of players, one that few people mention, and one that no one has any beef against. Among the vast expanses of the internet is a sprawling metropolis of completely free games. Not nearly the size of modern indie games like Minecraft or Rimworld, and yet just as enjoyable. These “Flash games” have been the saving grace of all the computer-filled classrooms of yesteryear, providing near-instant enjoyment for the low and low price of zero. Offering an almost unparalleled array of choices, from point-and-click adventures to old-fashioned Final-Fantasy-esque RPGs, thrilling shooters to relaxing tycoon management sims, these little snacks could satiate an appetite for minutes and hours.

For those who have tried flash games, certain icons and characters may evoke nostalgia: the red-haired Pico, the intelligent zombie Sonny. The vicious balloons from Bloons Tower Defense, the orange pants from the Fancy Pants adventure. The pleasant animations of the GROW games and the helpless torture buddy of Interactive Buddy. Whatever genre you prefer, there’s bound to be a definitive figurehead in a game.

Paragraphs on praise paragraphs could be written about the joys of each individual game. “Breaking the Bank” and its fallout follows Henry Stickmin, an extraordinary criminal, seeking to carry out increasingly elaborate heists, making sure to check all authorized Internet and pop-culture references. ‘Desktop Tower Defense’ has you creating mazes of turrets on a rather mundane desk, probably resembling that of any white-collar office worker. My favorite is called “: the game:” and it contains hilarious political statements and allusions to internet culture from the 2005-2009 period, which appear in powerpoint form as you literally jump off a cliff. Go play it. Please.

But these video games could not exist without the tireless support of the websites that maintain their presence. Whether bordering on barebones or impressively complex, these sites ensure that small developers can showcase their work. The two most critical areas to which the growth and exposure of free online games can be attributed are Newgrounds and Kongregate.

Newgrounds has had a very low profile lately, but it has been imperative in the past. It offered the opportunity for anyone, a person or a team, to download various multimedia including music, animation and games. It had a strong and active community and was vital for some developers; more on that later.

Kongregate has tens of thousands of players and is constantly being upgraded, making it one of the biggest gaming areas on the internet. An ever-present community, discussion boards, accomplishments, and plenty of other features have led it to become – a term I instantly label – the Steam of Free (TM). Right now it is in the throes of an invasion of “idle” games: click multiple times to earn money, spend money on upgrades and rejoice because overnight you “Progress” – but that doesn’t stop it from offering some amazing games, new and old, like Epic Battle Fantasy or Last Stand.

Considering that Kongregate regularly marks thousands of users online (through all of his games; a large majority are probably inactive, with the community focused on new releases, multiplayer games, and old hits), it may come as a surprise that these games tend to stay under the media radar. However, the flash game industry’s net worth estimates are fragile to say the least, which doesn’t help attract publishers. Kongregate offers “premium” and “kredits” accounts that a user can send directly to a developer, but on most sites the main source of income is advertising, the value of which can be difficult to estimate.

Yet, one could argue that this marginal minority of players is beginning to fit into the larger and dominant community. This is the subject of the second half of the “Flash Games” entitled “In the big leagues”. We will examine the entry of flash game developers into both the casual games market and the heavyweight arena.

Some of the coverage you find on Cultured Vultures contains affiliate links, which provide us with small commissions based on purchases made while visiting our site. We cover in-game news, movie reviews, wrestling and more.

6 calculators that can help you determine your salary

Plan the next crop year with these online calculators