By the end of this year, most Flash games will be unplayable in their original form. Adobe will stop distributing Flash, so most browsers are planning to drop support for Flash. While this can be a victory for internet security – Flash has always been vulnerable to certain types of malware – it makes it harder to experience thousands of Flash games online. There are ways to download and run Flash games offline, but many of these games have processes intended to lock the game down to its home site.

Fortunately, there are preservation projects that work to keep Flash games playable in their original form. The only question left is who to play. We’ll answer that question and explain the best ways to play them below.

The Flashpoint Flash Preservation Project allows gamers to play thousands of Flash games offline by emulating both the game and a local server to mimic the original site. This allows Flashpoint to bypass site locks and online features without hacking the game. You can choose from two versions of general purpose Flashpoint, Flashpoint Ultimate and Flashpoint Infinity. Flashpoint Ultimate is the complete offline package, containing all the games and requiring 530 GB of storage. It also requires additional software to download and extract. Flashpoint Infinity only downloads the launcher, with each game being downloaded when you choose to play it. Additionally, Flashpoint Infinity initially only supports Adobe Flash and HTML5 games, but can download other software through its launcher. For both versions, you might need to make changes to your antivirus settings to make them work properly. Avast and AVG antivirus programs in particular have been known to confuse Flashpoint with a threat.

Once Flashpoint is installed, you can play games through the launcher. Players can search for games directly or choose what to play through pre-selected playlists. With such a large library, finding the best games can be a challenge, even with the recommended playlists. Games can range from barely functional classics to refined classics.

Fortunately, we’ve done some of the hard work for you in narrowing down the thousands available to our pick of the ten best Flash games. All of these games can still be played online at this time, and we’ve linked where you can. When Flash finally meets his demise, Flashpoint will have you covered.

There are of course a lot more Flash classics out there than the ones we’ve listed here, and if your favorite isn’t included, let us know why you love it in the comments below.

Bennett Foddy’s games focus on mastering inputs. While Foddy’s Getting Over It took a player on a bigger journey, QWOP only focuses on difficult controls by asking the player to try to cross a track. While it can be frustrating, the uncompromising nature of QWOP makes every improvement satisfying. 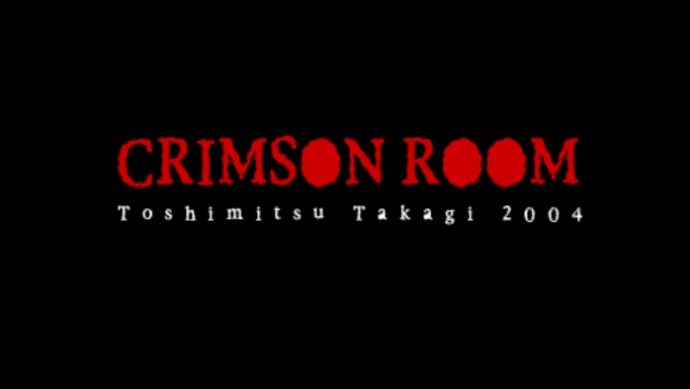 One of the oldest escape games, Crimson Room is a fantastic introduction to the genre. While it might not have the frills that its successors bring, it shows off the genre’s appeal better. Like many escape games, there are times when the way forward is not clear, with the player clicking wildly in the hope of finding the next item, but the simplicity of Crimson Room makes those moments rare. It’s short and simple, but well done. 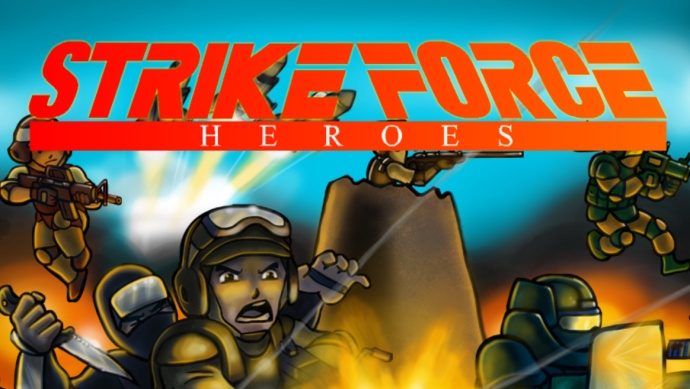 While there are plenty of side-scrolling shooters online, Strike Force Heroes features an enjoyable campaign that sends the player through a series of team death matches. A decent progression system and multiple classes give more depth and longevity than its other Flash competitors. Strike Force Heroes is still relatively simplistic, but the introduction of new weapons and maps makes the game enjoyable. 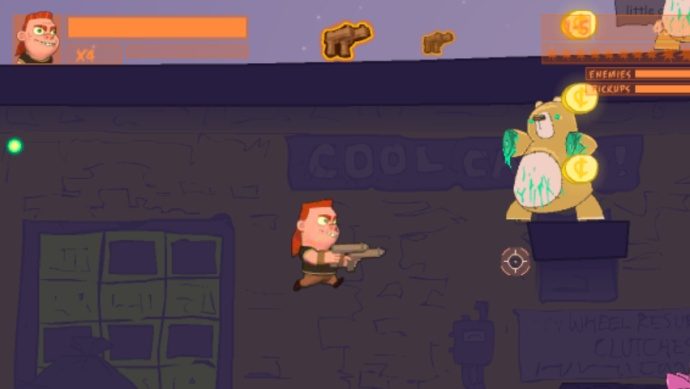 Adult Swim has released a fair amount of Flash games for their website. While many of them focused on shocking humor and aged badly because of it, Radioactive Zombie Teddy Bears contains enough ridicule to be entertaining. While not as far-fetched as full-blown shooters, its variety of enemies and silly premise make it an enjoyable trip. 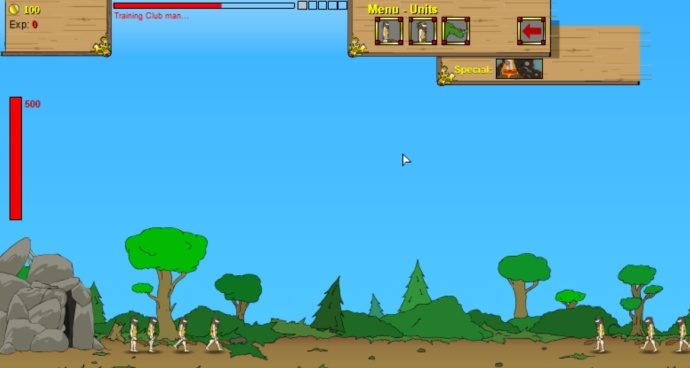 Age Of War is an addicting strategy game due to the way it limits the options of the players. There are only a few types of units and one type of resource. Battles are 2D and automated, with units constantly marching towards the enemy base. The challenge is how to maximize production to overwhelm enemy forces. By limiting the options, Age of War makes the player’s choices more meaningful. 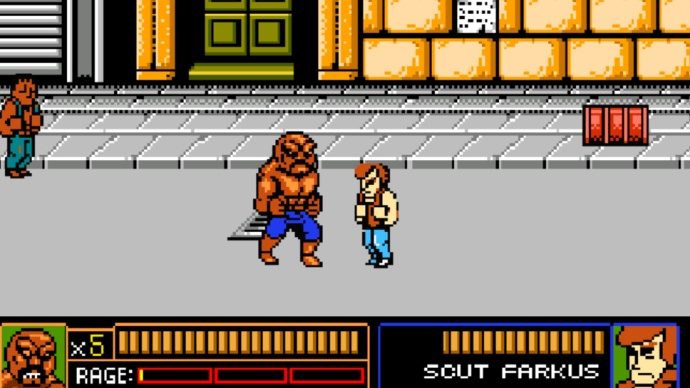 5. The great adventure of Adobo

Like many Flash games, the overly violent humor of Adobo’s Big Adventure has aged badly. Fortunately, it’s always a nice homage to the classics of the NES, with Adobo battling through levels and enemies ripping off some of the best the NES has to offer. Fighting Bubble Man in a Mario-style water level or taking on the Old Man from the original Zelda is entertaining, even if it doesn’t match the heights of the games it refers to. Adobo’s Big Adventure is a nice tribute and shows that Flash games can be complete adventures. 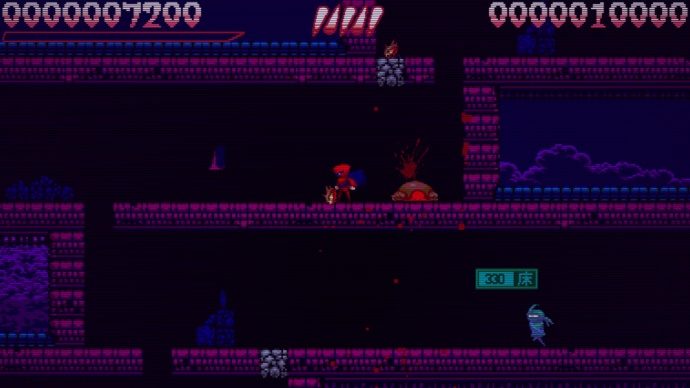 Another adult swimming title, Super House Of Dead Ninjas looks like the Flash evolution of coin-operated arcade games. With brief sequences of frantic action, each completed game just encourages another try. Its combat and platform are fluid, with the player jumping and going through a variety of intense monsters. Like a few games on this list, Super House Of Dead Ninjas has a more developed version on Steam. 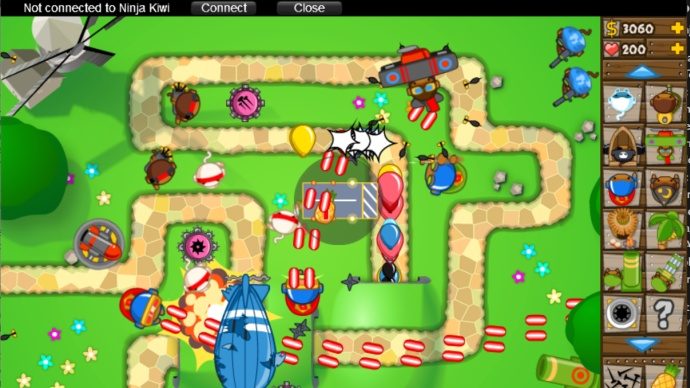 Bloons TD5 is not only one of the best Flash tower defense games, but one of the best tower defense games. While the microtransactions and account progression services don’t work on Flashpoint, the base game is still amazing. The variety of turns, the cute art style, and the drip of the new upgrades keep players playing. Bloons TD5 is also available on several platforms including Steam. 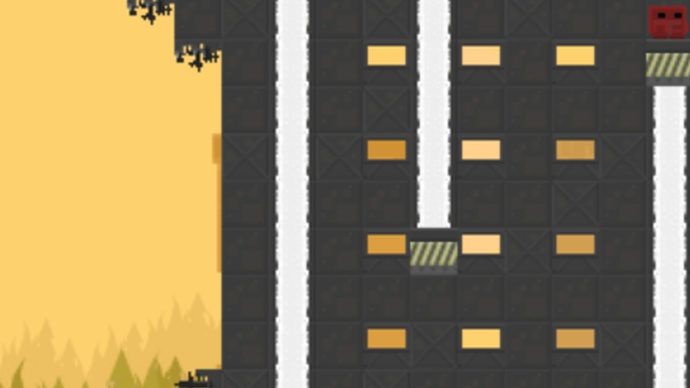 Edmund McMillen’s original platform meat grinder, Meat Boy is a fantastic challenge. While it might not have the variety of Super Meat Boy, Meat Boy’s levels and controls are top notch. Meat Boy has a fast, slippery feel that turns each level into a frantic test of reflexes. It is simply a pleasure to play. 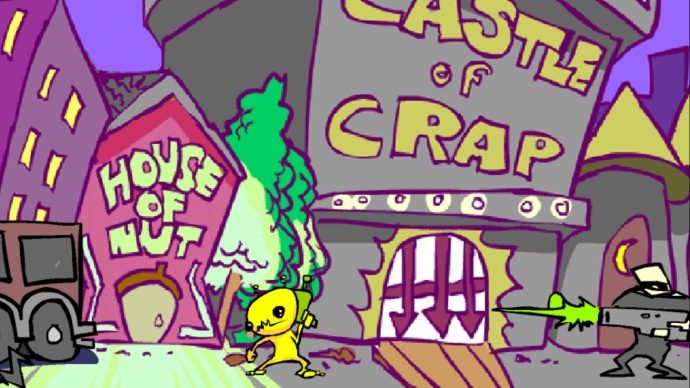 When users first open Flashpoint, this is the game they should play first. Alien Hominid not only outclasses the rest of what The Flash has to offer, but can also measure up against some of the best run-and-gun shooters. Its cartoon art style is fantastic, and the nail-hard gameplay makes gamers ask for more. Flash may be dying, but games like Alien Hominid show why these games are worth preserving.

Flash games you can still enjoy

Free calculators to do your student loan forgiveness calculations for you